What is "Fiscal Sponsorship"?

Amphibian Foundation
​In May 2020, Southern Conservation Parners became fiscal sponsor for the Atlanta-based Amphibian Foundation. According to the IUCN, 43% of the world's amphibians are in catastrophic decline or are already extinct. This percentage is higher than declining mammals and birds combined. Amphibians are disappearing from pristine environments as well as developed areas. Dedicated to connecting individuals, communities, and organizations to create and implement lasting solutions to the global amphibian extinction crisis, the Foundation offers unique educational opportunities (all ages) in which to learn about amphibians and inspire conservation. Southern Conservation Partners is providing fiscal sponsorship, with initial focus on an anticipated grant supporting the Foundation's new Bridge Program for Conservation Research, a unique opportunity for adults (18+) to conduct conservation and biological research in a collaborative and mentored scientific environment. 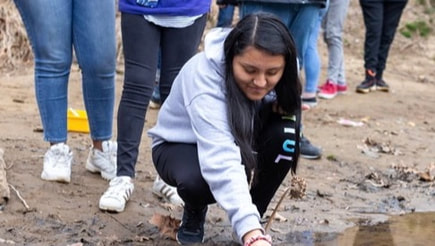 RootEd project:  Connecting Students with Communities and Nature
​Southern Conservation Partners in July 2021 entered partnership and fiscal sponsorship with Constructive Learning Design in the RootEd project designed to engage students and schools in local parks and other community improvement projects in North Carolina. The project will build community sustainability and youth engagement through a combination of mentoring and assisting school teachers; developing partnerships among schools and their students with local communities and businesses; and creating and sharing resources, curricula, stories, and opportunities for greater involvement by K-16 students in solving real problems in their communities benefiting people and nature.

Earthseed Land Collective
Southern Conservation Partners has become a fiscal sponsor for an exciting project in Durham, North Carolina, which advances the goals of "whole people and whole communities" and focuses on engaging and including People of Color in achieving food justice and food sovereignty.  Earthseed is a center for community resilience and stewardship, and the Collective has dedicated its 48-acre property for purposes of collective subsistence farming, food justice, and land cooperation, healing, and liberation. About half of the property (largely the portion in forest cover) is protected by a permanent conservation easement held with the Triangle Land Conservancy, which serves to safeguard public water resources in the Falls Lake and upper Neuse River watershed. Southern Conservation Partners will be a conduit for receiving charitable grant funds supporting this meritorious demonstration project. 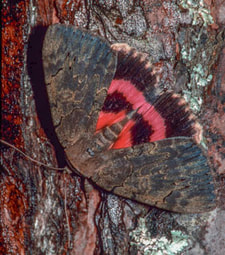 North Carolina Biodiversity Project
Southern Conservation Partners provides fiscal sponsorship for the North Carolina Biodiversity Project through a limited partnership arrangement. SCP helped secure funds in support of this project. The NCBP team is composed of volunteer conservation biologists, taxonomic experts, nature photographers, and amateur naturalists with decades of experience studying the state’s native fauna and flora. The NCBP is dedicated to increasing public awareness and appreciation for the state’s diversity of species and ecosystems, as well as their conservation needs. To promote these goals, the NCBP has created a series of publicly accessible websites (hosted by the State of North Carolina’s Division of Parks and Recreation) that provide checklists, photo images, life histories, and conservation information for the state’s wide range of species. Each taxonomic website is managed by a team of volunteers. This citizen-science project invites submission of new range information for the native species of North Carolina for vetting and inclusion on the websites.​ 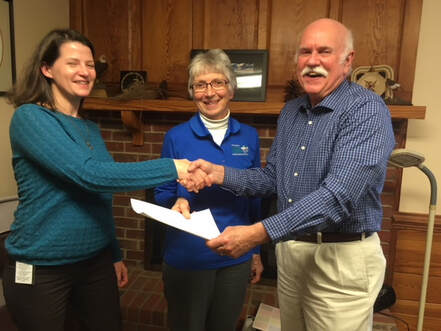 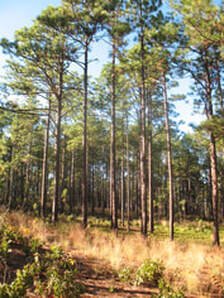 Longleaf Pine Forest Preservation Project
Southern Conservation Partners is part of a coalition of efforts to save and restore natural longleaf pine forests across that tree’s original six-state range in the southern U.S. Longleaf pine once dominated forest cover--93 million acres in the southern Atlantic and Gulf Coastal regions. But surviving tracts of longleaf pine forest have been reduced to less than 3 percent of that original extent. Many of the native plant and animal species endemic to longleaf pine-dominated ecosystems are in danger of extinction. SCP in 2016-2017 was fiscal sponsor for an inventory of surviving tracts of privately owned longleaf pine-dominated forests in the NC Sandhills region, and provides ongoing advice on management and conservation of longleaf pine forest tracts. In 2020, SCP conducted a survey of private land conservancies and trusts across the region to learn about their experiences with protecting, restoring, and managing longleaf pine forest habitat. Private land trusts collectively have conserved over a quarter million acres of longleaf pine forest habitats. We produced an online conference workshop and a report on our survey findings for the Longleaf Alliance. In 2021 we partnered again with the Longleaf Alliance to produce another webinar and journal article about land trusts involvement in longleaf forest protection and restoration. 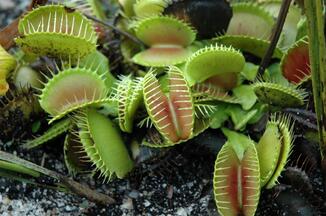 ​Southern Conservation Partners Adopts Venus Flytrap Protection Project
Southern Conservation Partners has joined a coalition of public and private efforts to protect the iconic Venus Flytrap, a carnivorous plant species, and restore more habitat for its survival. Natural populations of the rare and imperiled Venus Flytrap exist only in a few surviving wet pine savanna habitats in the coastal region of North and South Carolina (within a 100-mile ellipse around Wilmington, NC). The Venus Flytrap has long been recognized as a threatened species in the two states and is being reviewed for federal listing under the Endangered Species Act. In addition to illicit exploitation of remnant populations for the rare plant trade, the savanna habitats suitable for Venus Flytraps continue to be destroyed as development pressures accelerate in the Carolina coastal lowlands. While most of the plant’s remaining habitats survive on publicly-owned lands, a few populations remain on privately owned properties. The coalition of conservation organizations--Venus Flytrap Champions--is working to implement a protection strategy to recognize private landowners and promote habitat management practices that sustain populations of this unique and endangered plant species.

​Past Sponsored Projects include 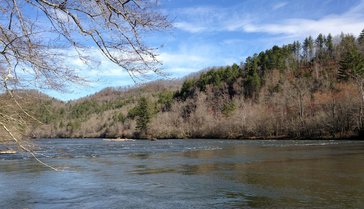 ​French Broad River Watershed Protection Partnership: a demonstration project
Southern Conservation Partners initiated a process of dialogue among private conservation and environmental protection organizations and federal-state-and local public agencies to form a coalition concerned for protection and restoration of water quality, water resources, and the water-dependent biota and environmental assets of the French Broad River and all its tributary streams in western North Carolina.  Diminished water quality in the river and its tributary steams is threatening the basis of that region's economy: its natural capital.

​     In January 2017, Southern Conservation Partners, in partnership with the Southeastern Partnership for Forests and Water, convened 45 people representing 28 public and private organizations for initial discussion about the benefits of forming a coalition for the purpose of protecting and restoring the water resources and conserving lands critical to water quality in the upper French Broad River Basin. After reaching general consensus in that forum, an initial steering committee/task force was formed to take action steps toward forming a partnership for watershed protection. The French Broad River Partnership formally organized in 2018 as a coalition of dozens of public agencies and private organizations working together in collaboration to maintain and improve stream health and water quality within the entire French Broad River Watershed. The partnership recognizes that the river watershed is the essential source of public drinking water and recreation while supporting biodiversity, agriculture, forestry, and economic growth.

​Southeast Biodiversity Conservation Forum, a great success
Southern Conservation Partners played an instrumental role in conceiving of and providing "seed funding" for a regional conference at the North Carolina Botanical Garden in Chapel Hill for three days, March 6-8, 2018, which assembled 200 representatives of the regional network of 13 southern states' natural heritage, nature preserves, and endangered and at-risk species programs (from Maryland to Texas, Florida to Kentucky), along with other allied federal and state agencies, land conservation organizations, affiliated conservation biologists and researchers. Principal conference co-sponsors, along with Southern Conservation Partners, were NatureServe, the network of southern states' natural heritage programs, and the NC Botanical Garden. The conference provided an opportunity for dialogue, interchange, and invigoration for "Biodiversity Conservation Explorers and Warriors," with dozens of presentations and concurrent workshops. Southern Conservation Partners is grateful for the generous financial support received from the Felburn Foundation, Blumenthal Foundation, Merck Family Fund, and NC Association for Environmental Professionals, which substantially covered costs of the Forum. ​

​​"Saving Place, Saving Grace" Documentary Film Project
Southern Conservation Partners in 2016 partnered with Picture Farmer Films, LLC, to serve as fiscal agent for production of the film, "Saving Place, Saving Grace." The documentary film, narrated by Martha Teichner of CBS Sunday Morning, portrays land conservation and ecological restoration and stewardship at the Holy Cross Abbey, a Trappist monastery in Virginia’s Shenandoah Valley. As an expression of responsible stewardship, and in honor of the intersection of ecology and theology, the Abbey has placed a permanent conservation easement over much of the monastery land, along with other notable initiatives in sustainability.
"Saving Place, Saving Grace" debuted on Virginia Public Television on January 12, 2017. VIEW this excellent documentary and its moving message (also on  Virginia Public Television and YouTube).   Learn more about the film and watch a trailer.